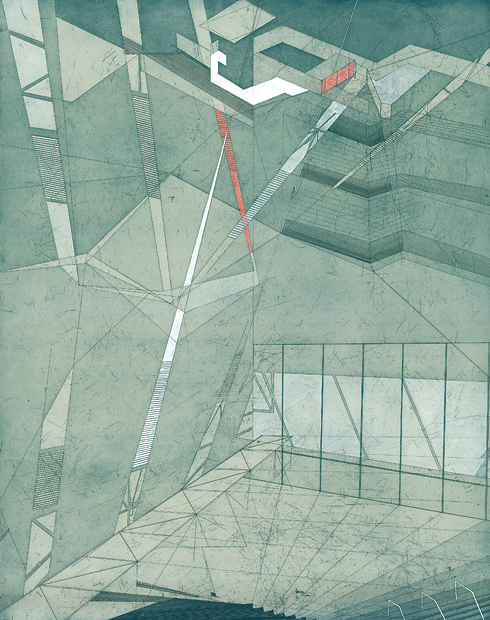 
Influenced by the phenomenon of the contemporary urban inner city landscape, Bronwen Sleigh works from photographs that collide the "progressive" elements of urban development with the destruction of nature in a constantly evolving and shifting landscape. Meticulously reconstructing such urban environments, from her own photographs, into three-dimensional maquettes first, she eventually transforms the original inhabitable spaces from monstrous proportions to etched abstracted maps or nets. The flattened abstractions allow the viewer to experience such urban landscapes distilled; to meditate on their particular beauty but also to contemplate their strained relationship with nature as "progress" takes its course.

Browen Sleigh is a graduate of Glasgow School of Art and the Royal College of Art. Sleigh has exhibited in the UK and internationally and has been the recipient of a number of awards including the Alf Dun Award (2008), the Davis Langdon Award (2008) and the RCA Society/Thames & Hudson Book Prize (2008).