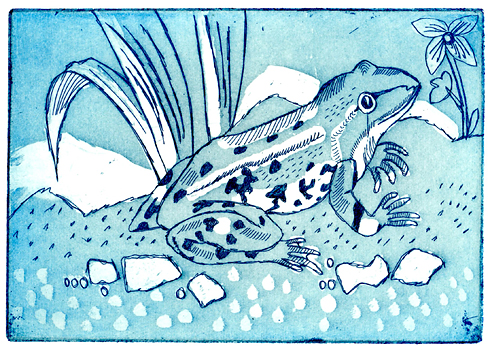 
Damian Henry is an artist printmaker known for his distinctive figurative images of young couples as they go about their everyday life. His animal, bird, insect series is a new departure. He has had 20 solo shows, in the UK, US, & Canada.

Damian Henry's beautiful art is the best way to add vibrancy to a damp day. He seems able to turn his hand to any figure or animal - tiger, horse, dog, cat, giraffe - all being conjured up by his deft skill. He makes it look easy, his people and creatures simple and eloquent, yet these fluent lines are the result of the time-consuming and difficult process of etching acid, aquatint or hacking into wood or lino and then printing. There’s no evidence of the toil involved, they seem effortlessly perfect.
Leyla Sanai, Scottish Art Critic