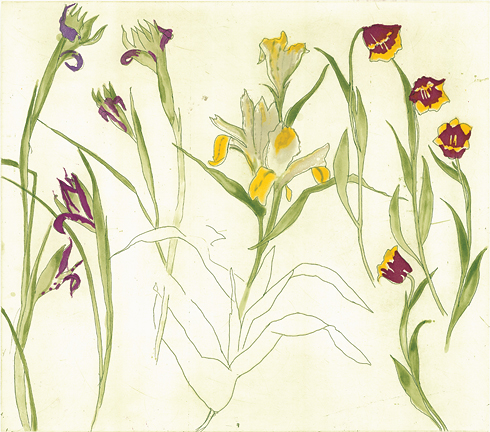 
Blackadder's signature subjects include landscape, cats, flowers, still lives and portraits. Blackadder's work is based in the traditions of the Edinburgh School, but is strongly influenced by Japanese aesthetics. Characteristically, she carefully arranges objects in a shallow pictorial space to create intriguing and subtly decorative images.

Blackadder has received a number of awards, including the Guthrie Award, Royal Scottish Academy (1962) and the Pimms Award for Work on Paper (Royal Academy, 1983). Blackadder was elected Member of the Royal Scottish Academy in 1972, a Royal Academician in 1976 and a Member of The Royal Glasgow Institute of Fine Arts in 1983. She is an Honorary Member of the Royal West of England Academy, the Royal Watercolour Society and the Royal Society of Painter-Printmakers, and an Honorary Fellow of the Royal Incorporation of Architects in Scotland and the Royal Society of Edinburgh. She has received Honorary Doctorates from four Scottish universities. In 2001 she was appointed Her Majesty's Painter and Limner in Scotland. Blackadder lives and works in Edinburgh.