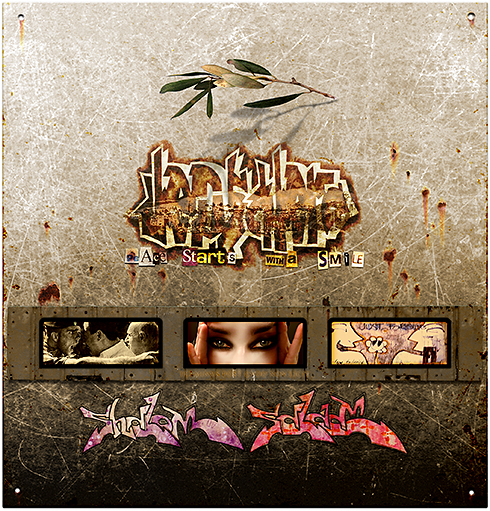 "No city is legitimate if it takes away the dignity of those who live there" 1.

A palimpsest, by definition entails the erasure what was there before, of what was in the past and claiming the foundation (either a parchment or monumental brass plaque) for re-use.

But as the American writer William Cuthbert Faulkner said "The past isn't dead and buried. It isn't even past". Right now it seems we are living with the global consequences of past decisions and are reaping the rewards in abundance.

In Jerusalem, we can go back centuries, millennia even, as each successive civilization puts down its roots in the land, laying the foundations for claim and counterclaim for generations to come. As soon as we untangle one part there is another layer of tangle underneath.

Fast forward to 2017 and it's not just in Jerusalem that we see the past catching up with us. From Iraq to Crimea, from Hong Kong, Africa, to the Americas. Across the globe "policy makers seem to be confused and at a loss...politicians and military leaders sound increasingly belligerent and defence doctrines more dangerous" 2.

A few years ago, on a gable end wall in west Jerusalem I saw a work of graffiti art that said "just forgive". It’s easy to say but much more difficult to do. However, within a conflict, it can begin to happen when at least one side realises that it can, and must, let go of exclusive claims to persecution and discrimination; having the courage to recognise that others have suffered too.

Just recently I saw that the gable end wall has gone and with it the graffiti art. Let us help its message survive.

Stuart will give an introductory talk to The Jerusalem Palimpsest at 6.30pm on the evening of the exhibition preview Thursday 2nd March. 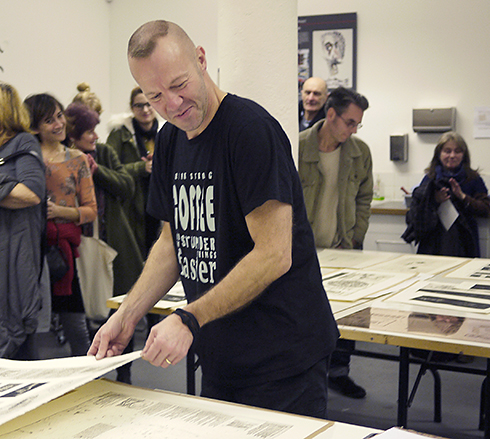 Stuart Duffin will host an open surgery in the main workshop answering your questions about mezzotint. Please note this is not a talk or demonstration but an open surgery opportunity to bring any questions about mezzotint you have and examples of your own mezzotints to discuss. Stuart will have a selection of props, plates and proofs to illustrate and discuss during the session. This event is open to everyone and not only printmakers.