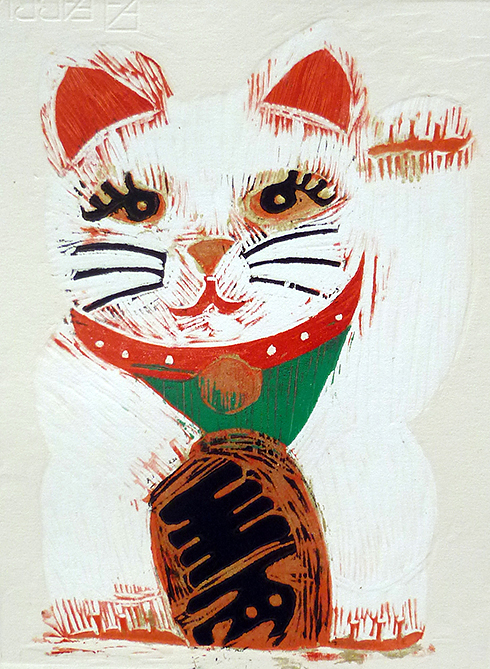 Joy Bain has created a new suite of quirky woodcuts representing the 12 animals of the Chinese zodiac, each based upon unique items personal to the artist. 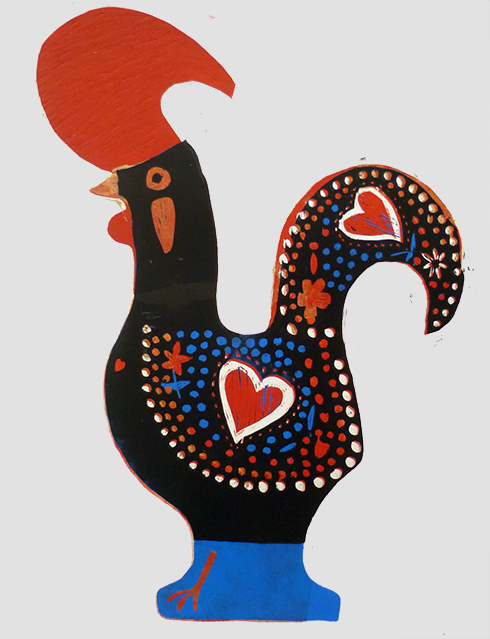 The woodcut is an important part in the Chinese folklore art. At the Spring Festival, new year pictures are generally displayed everywhere as a symbol of the arrival of Chinese new year, also implying the good fortune with the expectation of a fruitful new year.

Throughout its long history in China, woodblock printing has occupied an important position - as a handicraft manufacture, but also as a folk art that requires precision in tracing, carving and alignment in printing. Woodblock printing has made tremendous contributions to the spread of knowledge, insight and artistic inspiration.

Joy Bain was born in Falkirk in 1966. She studied printed textiles/printmaking at Duncan of Jordanstone College of Art in Dundee. She was shortlisted at Scotfree, the Scottish Textile Awards at the Kensington Exhibition Centre in London and sold her blankets to Timney Fowler.

Her natural progression led her to specialise in screenprinting, where her style is easily recognisable as bold, colourful animal prints.

She has exhibited her work in Glasgow, London And at the S.E. Feinman Gallery in New York and has her work in collections with the Collins gallery, New Hall Cambridge, Hughson Gallery, Lord Calloway Edinburgh and the Firebird Glasgow. 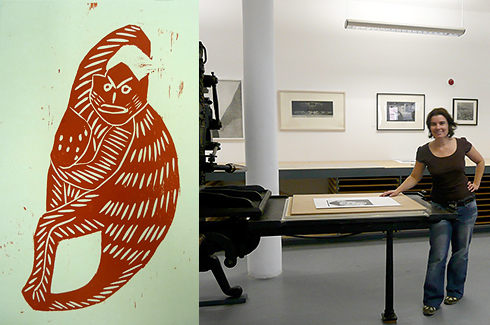 Come along and create a woodcut print during a one day taster course led by Joy Bain on Saturday 18th March. Using your own Chinese Zodiac animal learn how to transfer your image, cut the block, ink up and print using our impressive Columbian Eagle Press. Further information can be found here.