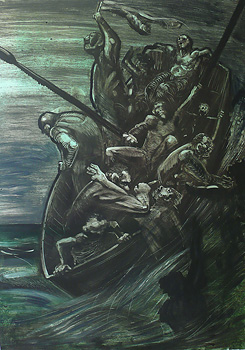 
Howson was one of the central figures in the school of Scottish figurative painting that rose to prominence in the 1980s. He was the official war artist during the Bosnian War with his work shown in major exhibitions at the Imperial War Museum, London, Flowers East, London and "Bosnian Harvest" at the Glasgow Print Studio. His work is in collections world-wide including Museum of Modern Art, New York, The Victoria & Albert Museum, Gulbenkian Collection, Lisbon, The National Gallery of Modern Art, Edinburgh.