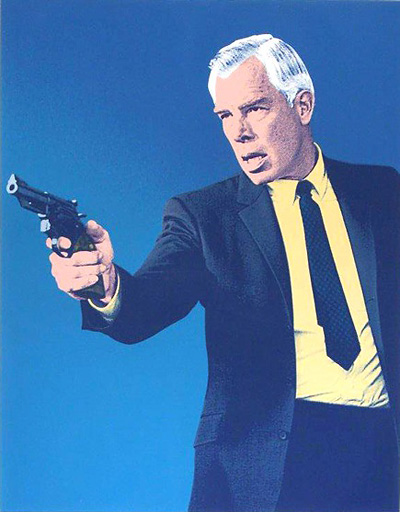 
In this exhibition Robert McSpadyen zooms in on a four year moment in film, between 1967 and 1970, where modernist formal experiment mutated the genre, thriller and gangster film.

These screenprints are the latest in Robert's ongoing project to immortalise a deeply personal pantheon of celluloid and rock 'n' roll figures - all refracted through his single-minded pop cultural lens and rendered in blistering Technicolor.