Washi | Umi O Koete - Paper from Across the Sea 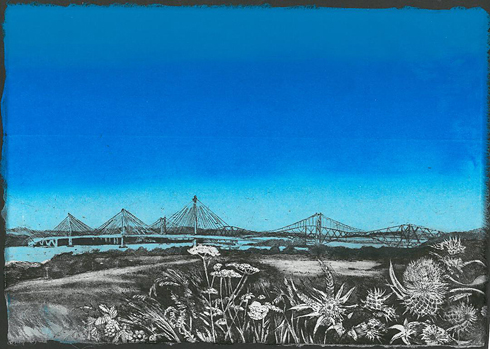 
An exhibition showing the results of a cultural exchange between the fine art printmakers of Fife Dunfermline Printmakers Workshop and the Japanese papermakers from the celebrated Mino region of the country.

The cultural collaboration brings together the ancient Japanese tradition of Washi papermaking and the very best of contemporary Scottish printmaking.

Project supported by The Dunfermline Carnegie Foundation and The Japan Society of Scotland.

The exhibition will be opened officially by the Consul General of Japan, Mr Daisuke Matsunaga.