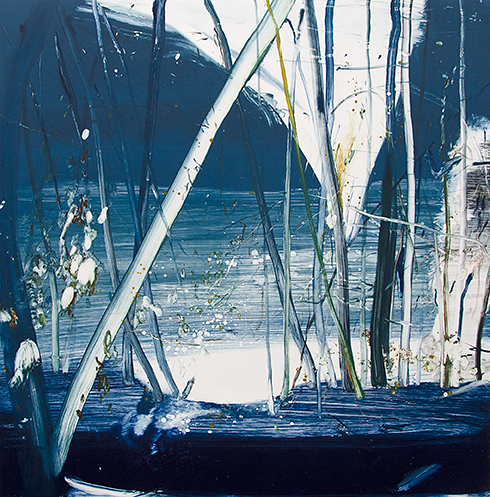 
In his first major solo exhibition with Glasgow Print Studio, Calum McClure explores ideas of place, transience and nature in his latest series of paintings, monotypes and etchings.

Inspired by walks in parks and gardens, McClure depicts settings which are neither landscapes in the traditional sense of the word, nor wildernesses.

What interests him when in these places is usually something apparently simple, the shape of a branch overhanging a pool of water; the way rain falls; changing light or shadows patterning the ground.

Some of his images are almost abstract, others quite clearly representational. He strives to evoke the atmosphere of a place, especially through the depiction of light, shadow and reflections. 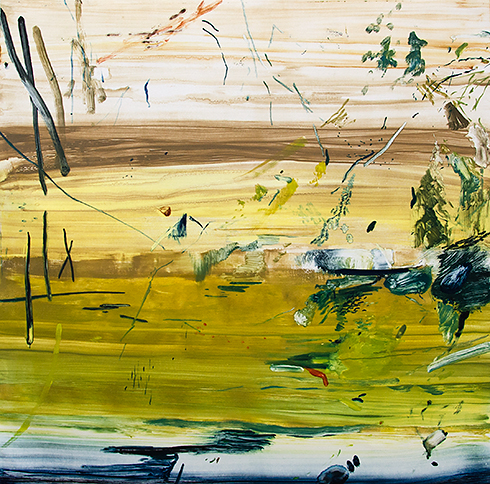 During his time collecting source material for the exhibition McClure was reminded of the momentary imagery used by Philip Larkin in his poem The Whitsun Weddings, its images described as if from a moving train.The pieces in the exhibition are by no means an illustration of the poem; rather, his paintings, monotypes and etchings explore the fleeting way we often perceive nature and place. The viewer is immersed in a world of bright yellows and various blues with disorientating vanishing points. Although some pieces are abstract, the initial image remains the subject of the piece and McClure never works in complete abstraction. Colour is thought about deeply and in relation to nature.

He is an artist who dreams as he sees and concentrates intensely as he paints, hopefully enabling others who view his work to be transported in a similar way. The images are positive, beautiful and lyrical, those of a precious environment to be nurtured, contemplated and celebrated.

Calum McClure was born in 1987 and graduated in Drawing and Painting from Edinburgh College of Art in 2010. He was the winner of the 2011 Jolomo Painting Award, has had several successful exhibitions with The Scottish Gallery and was an invited artist at the Annual Summer Exhibition of the Royal Academy in London in 2012. Recently he has been included in an exhibition of prints at the Royal Academy, London; had work in the major Scottish art societies' annual exhibitions; had work exhibited at the RA Summer Exhibition 2016; won a prize at the inaugural W Gordon Smith Award for painting; and most recently exhibited work at the prestigious Flowers Gallery, London.

Click here to view a catalogue of works from the exhibition. 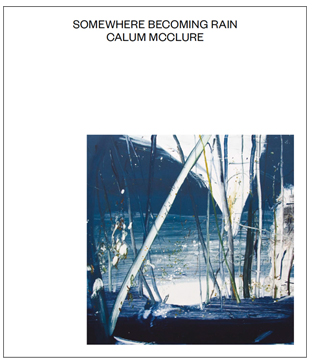