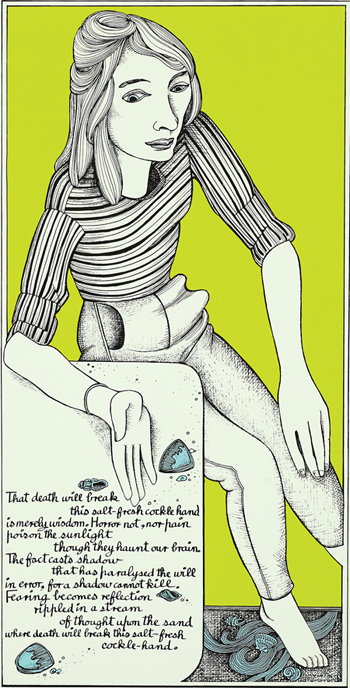 
Alasdair Gray's prolific production of distinctive and original works of art and writing makes him one of the most influential and admired creative polymaths of recent times. This series of latest works were developed from earlier drawings conceived in the 1970s. The four screenprints were completed in 2008 and exhibited at Glasgow Print Studio alongside 2007's The Scot's Hippo series and the renowned Lanark series in October 2008.