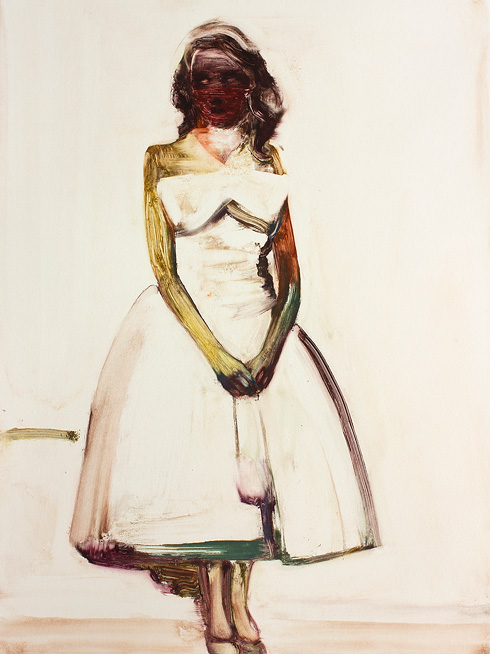 
Marc works principally in monotype, each piece being made in a single day, and his approach relies heavily on being intuitive and reductive rather than labouring the trace of the hand. Making work in this way encourages him to be more ruthless in his mark-making and concentrated in his approach.  The works are made on a large reusable sheet of steel using viscose etching and lithographic inks.  Each piece is unique.

Marc works on a number of themes simultaneously, developing each theme into a series of related artworks. Once he begins to work on a series, the images develop organically. He uses photographic sources ranging from tabloid fodder and snapshots of his own to scenes from films and scientific journals. These act as a starting point from which to begin an image. He keeps the sources for these images for months, sometimes years until something, a conversation, a triggered memory or perhaps an existing image, provides the catalyst for him to create a new monotype image.

He confronts difficult, complex subject matter, confronting themes that can both repel and attract, thus challenging his audience to examine their own complex reactions to the images and the themes. His overall objective is to create images that live and retain a pulse, not inert or complete or perfect. 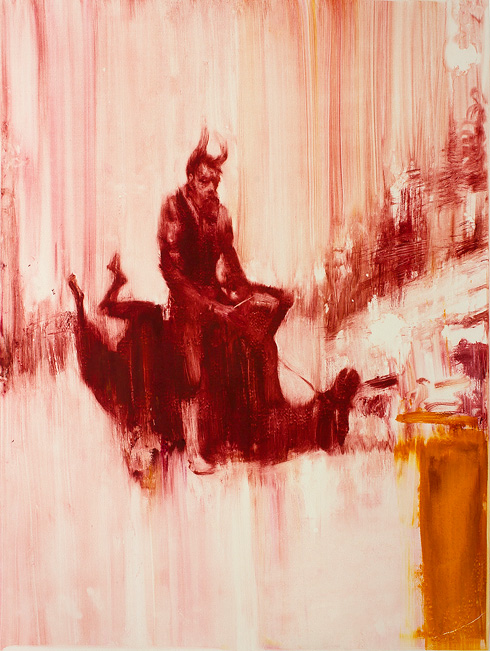 His recent images on display are as much influenced by the 1970’s cult film ‘The Wickerman’ as the written prose of Nick Cave. The selected works read like the scattered pages of a Southern Gothic novel, a sulphurous hinterland populated by a dubious cast, caught between ritual practice and the exercise of free will, attempting to negotiate the world using a compass with skewed bearings.

Marc attended Duncan of Jordanstone College of Art from 1988-1992 where he gained a First Class Honours Degree in Fine Art. On graduating he won the Miller Homes ‘Young Scottish Artist of the Year’ Award, a one year scholarship allowing him to live and work in Paris. Since leaving Paris Marc has lived in Scotland, Sweden and Spain. He has exhibited work in the U.K. and Europe.