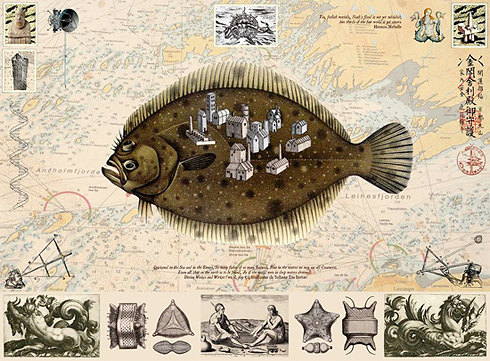 
A series of new works inspired by maps, myths, the sea and marine life. These images of deliberate graphical precision draw upon the iconography of signs and symbols inherent to the matrix of both mystical and scientific knowledge systems. Echoes drawn from diverse cultures are merged or contrasted with current “rational” and empirical paradigms in an exploration of humanity’s eternal and universal quest for meaning in a seemingly intractable and unknowable world.