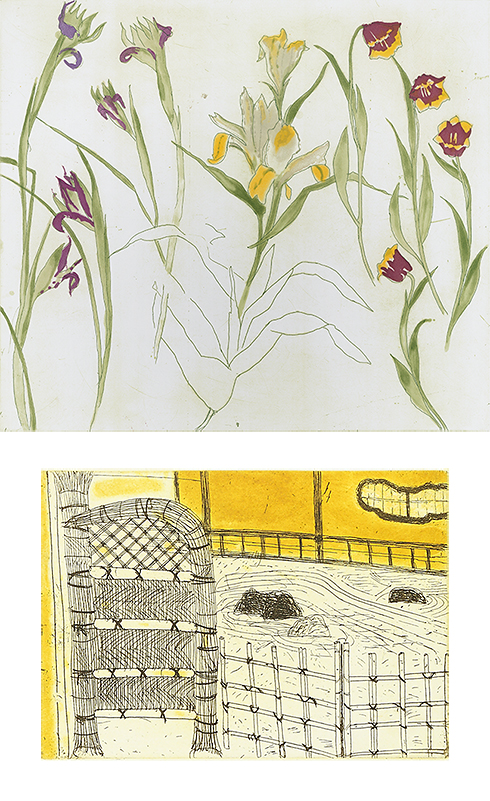 Elizabeth Blackadderhad a long and fruitful relationship with Glasgow Print Studio. She began her printmaking collaboration with GPS at the invitation of director John Mackechnie in 1985, creating more than 150 editions over a 30 year period.

This retrospective exhibition will include works which span a wide range of subjects, styles and techniques. Over her lifetime, Elizabeth experimented with a range of diverse printmaking media including lithography, screenprint, etching, aquatint, carborundum, drypoint and woodcut. Likewise, she produced works covering a diverse range of subject matters and styles, including landscape, still life, animals, flora and fauna. In many cases, the connection was personal: flowers she had grown, cats she had reared as kittens, and places she had visited with her husband, the artist John Houston. In all cases, they are brilliantly observed, beautiful and beguiling. 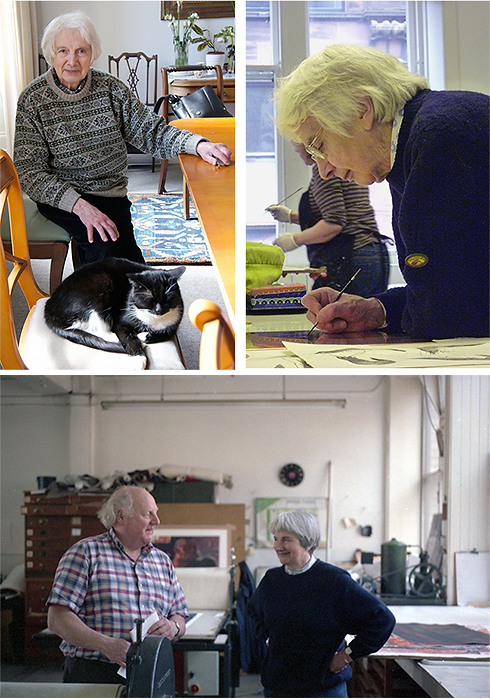 In an interview in 2010, Elizabeth commented, “I enjoy working with printmaking. I’ve been very lucky to work at the Glasgow Print Studio for years now. It has opened the door to different things.”  She goes on to explain that she enjoyed the disciplined ways of working in the GPS workshop; the environment meant working alongside other artists which she welcomed.

John Mackechnie, reflecting on Elizabeth working in the studio, has said, “She was the most delightful, generous, unassuming and modest of artists. She would happily sit amongst the rank and file of the organisation working away on her etching plates and separations for screenprints.”

Born in Falkirk, Elizabeth studied Fine Art at Edinburgh College of Art under William Gillies. On graduation, she was awarded a Carnegie travelling scholarship and an Andrew Grant Postgraduate Scholarship, which she used to travel through former Yugoslavia, Greece and Italy focussing her research on Byzantine and classical art. She returned to Edinburgh and taught at ECA for over 20 years. 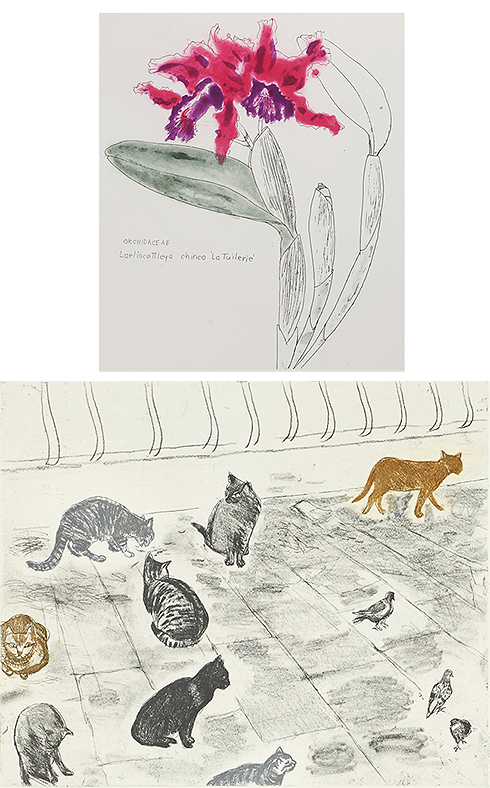 Elizabeth’s contribution to the visual arts was widely recognised including by both the Royal Academy and the Royal Scottish Academy, becoming the first woman to be elected to both institutions. In 1982 she was awarded an OBE for her contribution to art and made a Dame of the British Empire in 2003.She was the first woman to be appointed Her Majesty’s Painter and Limner in Scotland in the more than 300 years since this office of the royal court in Scotland was created. In addition, she was awarded Honorary Membership of the Royal Society of Painter-Printmakers and received Honorary degrees from several universities.